eve and colette (and lubna and yasmine) 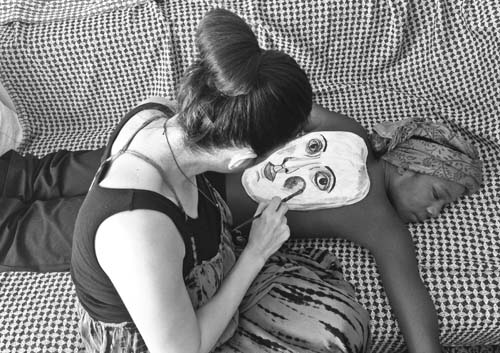 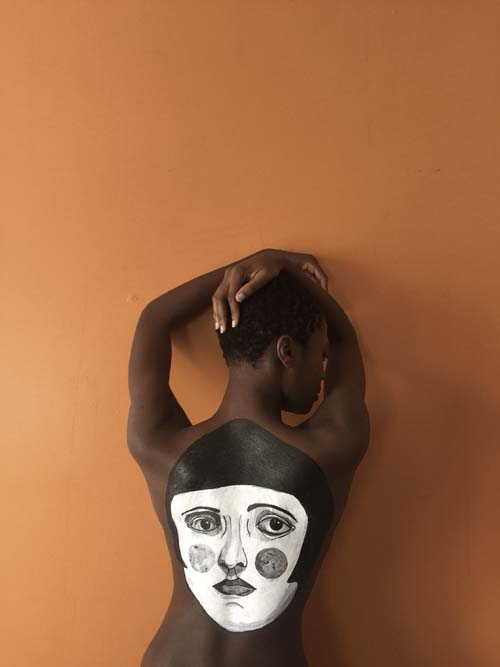 I want to tell you the story of how I met Colette. I was having lunch with my dear friend Sarah Alhamad at Momo’s in London, back in September. It was my treat so when I gave the waiter my card he asked me if I was from Kuwait. I said yes. He then told me about a Kuwaiti artist friend of his. I thought I knew all the Kuwaiti artists in Kuwait! He showed me her Instagram gallery and I was immediately curious about her. I followed her on IG and finally met her on the day of my Nuqat Conference talk in November. I knew then and there that I wanted to paint on this statuesque African-Kuwaiti woman.

But our friendship didn’t really blossom until a few weeks ago when I finally asked her over for an Eve on Colette painting session. That afternoon I painted Eve on her front side (tricky, as the terrain isn’t flat but rather mountainous…more mountainous than I expected). After that we had lunch at Gia and she was nice enough to accompany me on an errand I’d been putting off all week. It was a special day and by nighttime we were friends proper. Anyway, we wanted so badly to post the resulting photographs but felt it would be a little too ballsy. We decided to wait (she was scheduled to move to Poland on the 10th of March, about ten days after).

A few days later, Colette came over and I painted Eve on her back. After much deliberation about whether we would/could/should post this or not, Colette decided that she’d post the photo once she was on the plane to Poland. I said fine. But in reality I couldn’t wait for that bittersweet moment. So on March 15 (the ides), she finally posted it on Facebook and hell did not break loose. People seemed to love it. I posted it to Instagram, feeling completely vulnerable and exposed, even though it was Colette’s body. I waited for some sort of backlash from conservative family members and acquaintances but it never came.

Thank you, Colette, for being my muse and my friend. And Eve thanks you too. 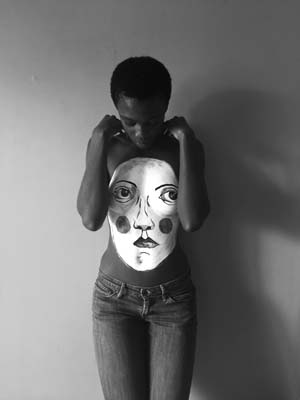 Day one, frontal Eve, no hair. She didn’t really need it.

I always get nervous painting others, whether I’m painting a portrait of them or painting ON them.

But she says it’s very relaxing, as you can see in this photo. I think she may have even fallen asleep at some point.

I feel this Eve needs a head of hair.

So she gets it. Meanwhile, Lubna is at the table pouring us a mug of her warm homemade apple cider and unpacking some LboJzazz goodies.

After we shoot some pics we sit down and play with an array of art supplies Lubna has brought with her to share. My sister Yasmine joins us too. There’s enough apple cider, stationary and love for everyone. Another good day.

The afternoon wasn’t planned like this which is the best part about it.

Yasmine sharpens a pencil and I survey my lady from a distance.

2 Comments on “eve and colette (and lubna and yasmine)”