a rainy november day in junieh with david and hussein

This is long overdue. I have been meaning to write a post about my visit to my new friends David Habchy and Hussein Nakhal’s Junieh studio since November. I ‘met’ David via Instagram (you must check out his gallery here) and flew to Beirut in October mainly to meet him. I wanted to explore his Beirut, his Lebanon. And he didn’t disappoint. My only grievance is that I only spent one day with him and his Waraq co-founder Hussein (the other two co-founders of this collective are Joan Baz and Ashley Choukeir, who I would like to meet someday). Check out Hussein’s Instagram gallery here.

just outside the men’s studio is a building with this balcony. i crave this sort of architecture. it reminds me of some of kuwait’s old colonial homes like the ones which make up the behbehani complex in watiyah 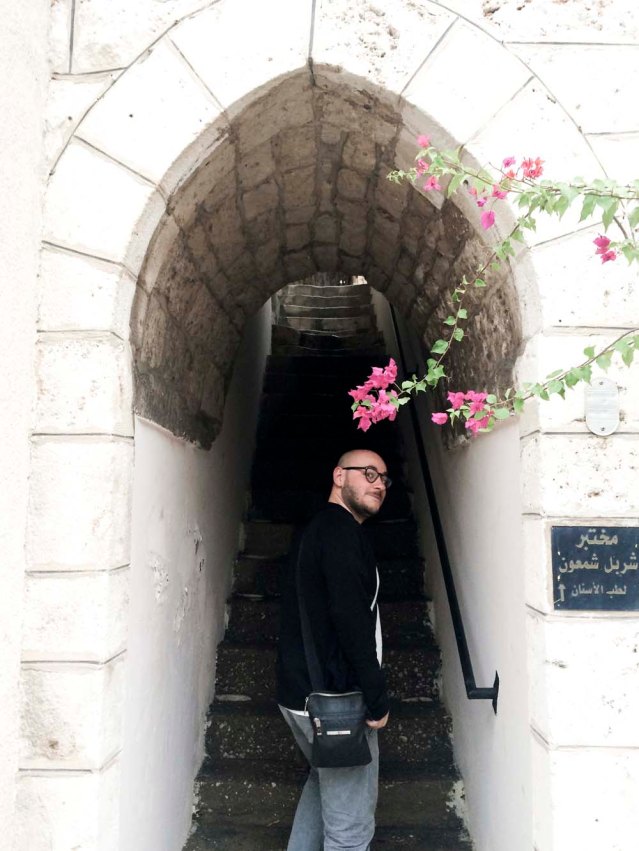 david wants to show me his favorite spot on their street. he treats it like a big secret and it just might be 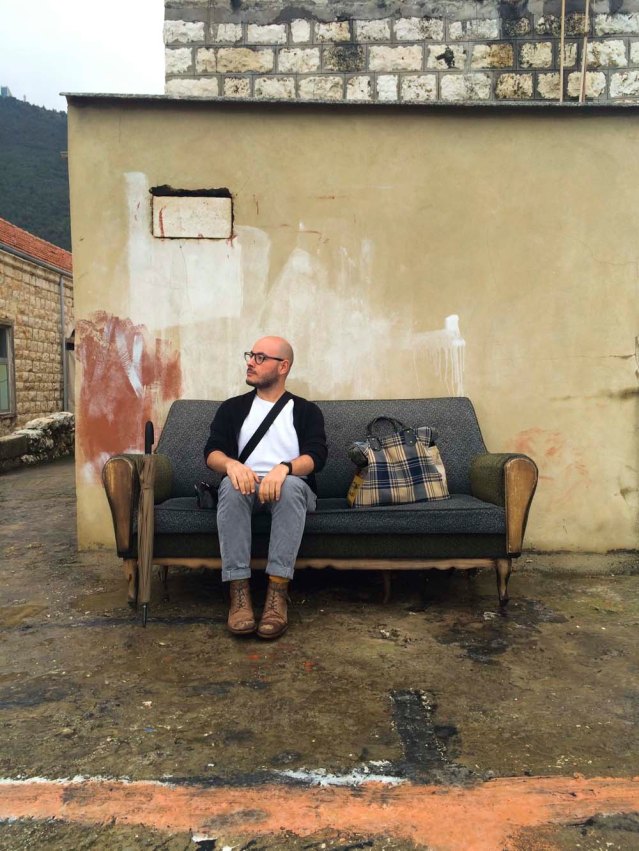 and here it is. i made david sit on this damp chair. but not before i sat on it first

i love deserted spaces and this is one of them. unfortunately we couldn’t find a way inside and i wasn’t willing to climb through jagged shards of glass

this is the outside. imagine the surprise after stepping out of those french windows 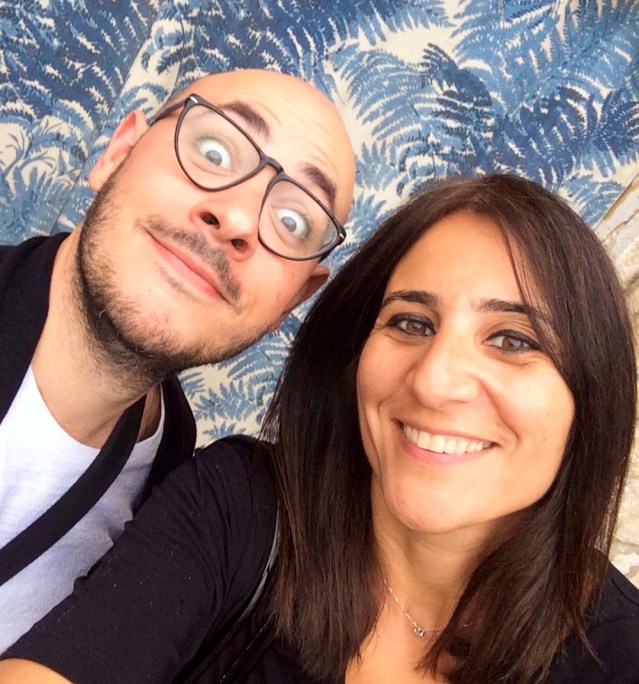 a selfie in front of a really cool curtain 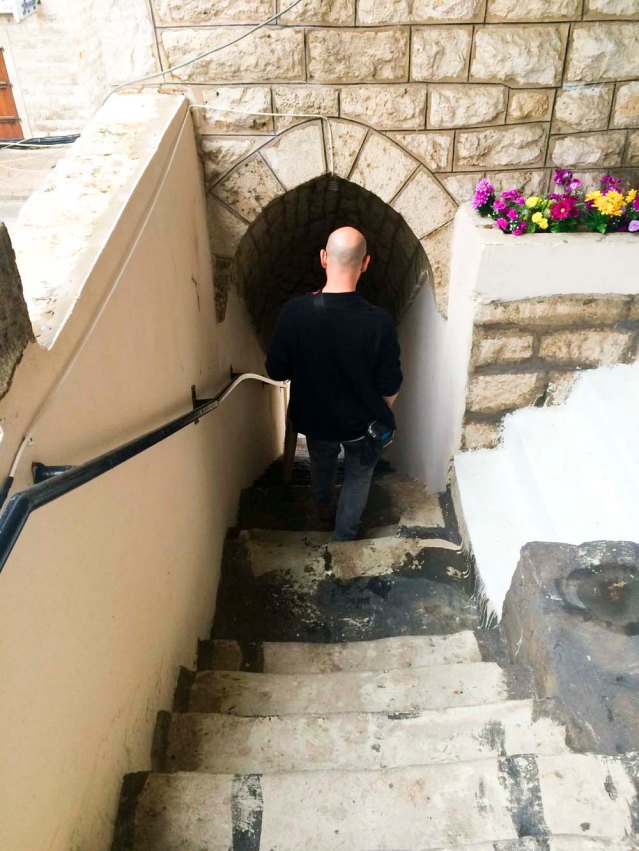 we leave david’s little secret by the sea

back at david and hussein’s we’re greeted by hoss

who is curious about my bag 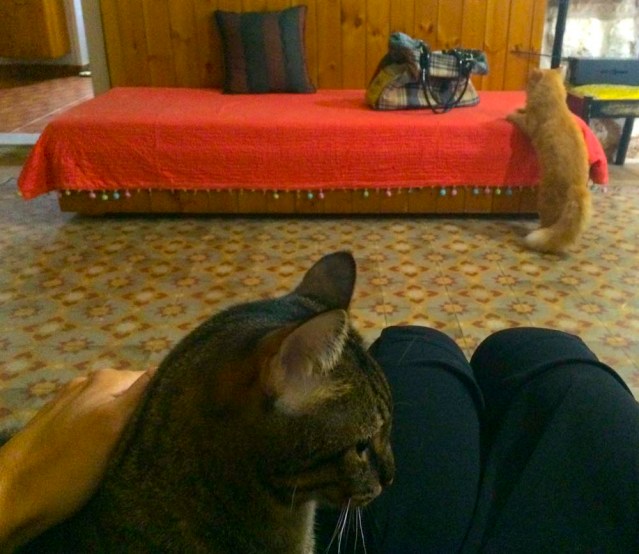 chopicom, hoss and a tiny alien 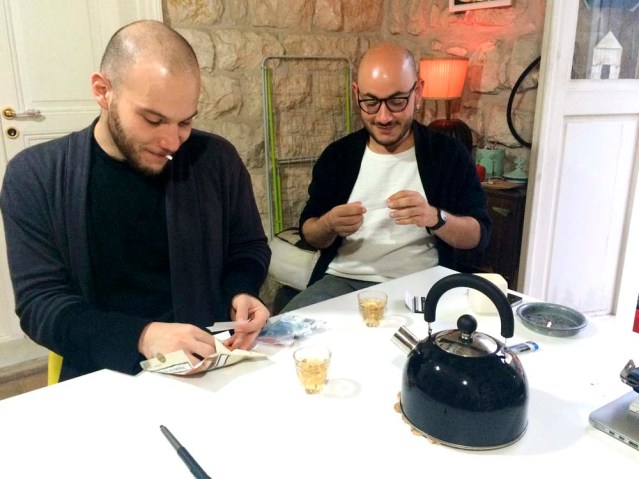 this is how they roll. cigarettes and tea

the boys play with eve

hussein and david show me some of their illustrations 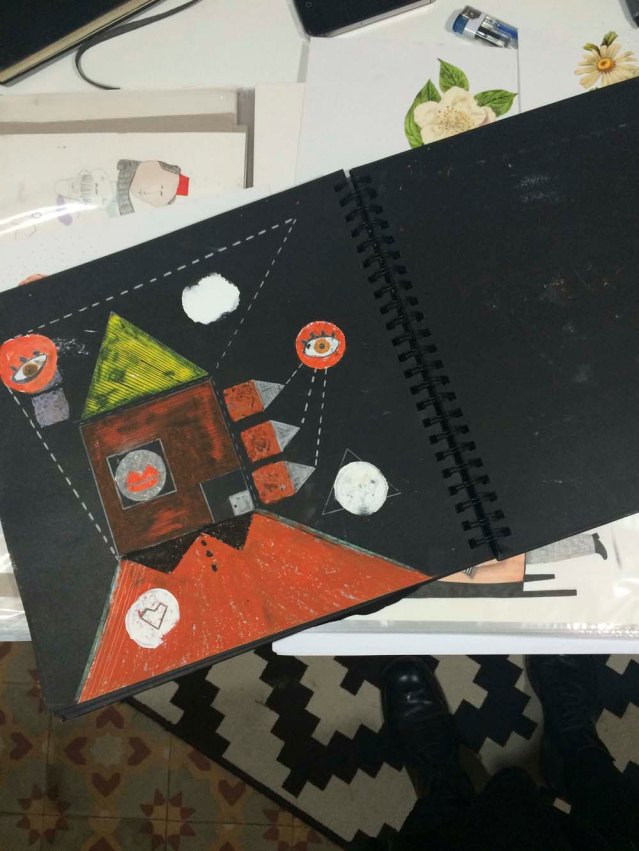 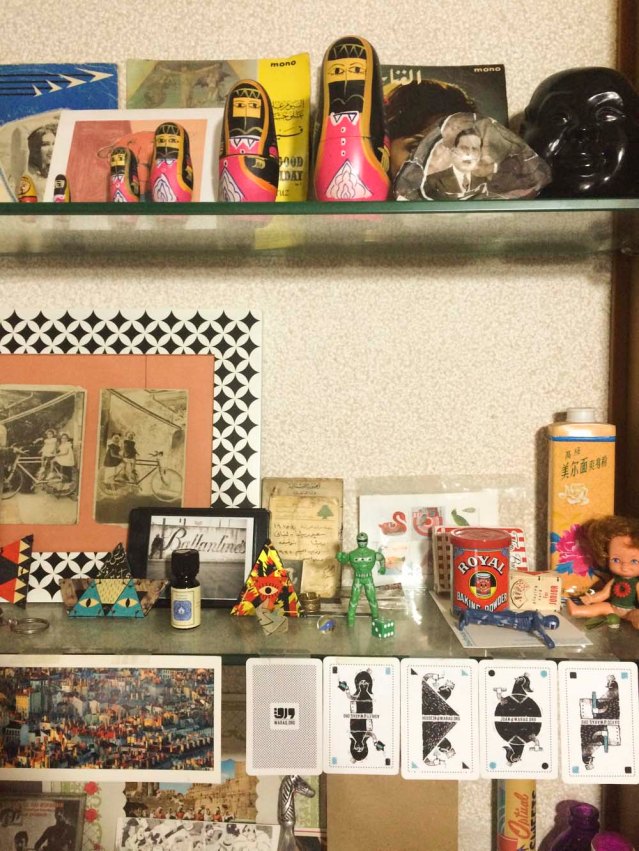 you can’t but explore endlessly. their place is a visual feast

hussein called us from the balcony to look at this sunset. it really was magnificent

eve does some exploration of her own

later on at biel, nadine touma reads from dar onboz’s newly published book ‘la souris’, or ‘the mouse’. the book is a fable in french and arabic by the late chafik abboud

the ever animated nadine captivates her audience 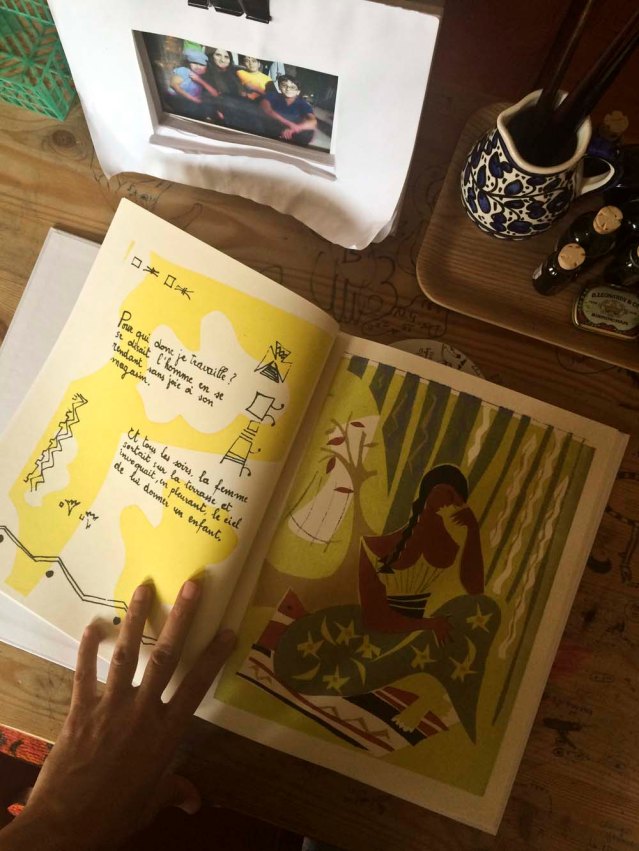 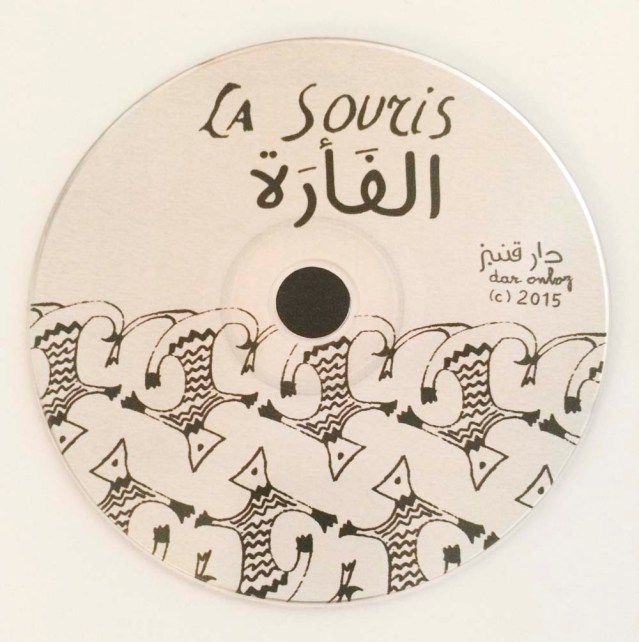 a cd of qanoun music by imane homsy on the inside of the back cover is a nice extra. i bought two copies of the book, one for me and one for my little nephew khaldoun

I’ve always loved Dar Onboz‘s books, particularly because they are primarily in Arabic, and it’s so hard to find well-written, beautifully-illustrated, good quality Arabic books. When I visited them, David and Hussein showed me some of the illustrations they were creating for their now-published Dar Onboz book Hkeye w Athar. You can check out this and other D.O. books on their Facebook page here.

I do hope/plan to visit the boys again, sooner rather than later. I can just see a collaboration forming. Fingers crossed! 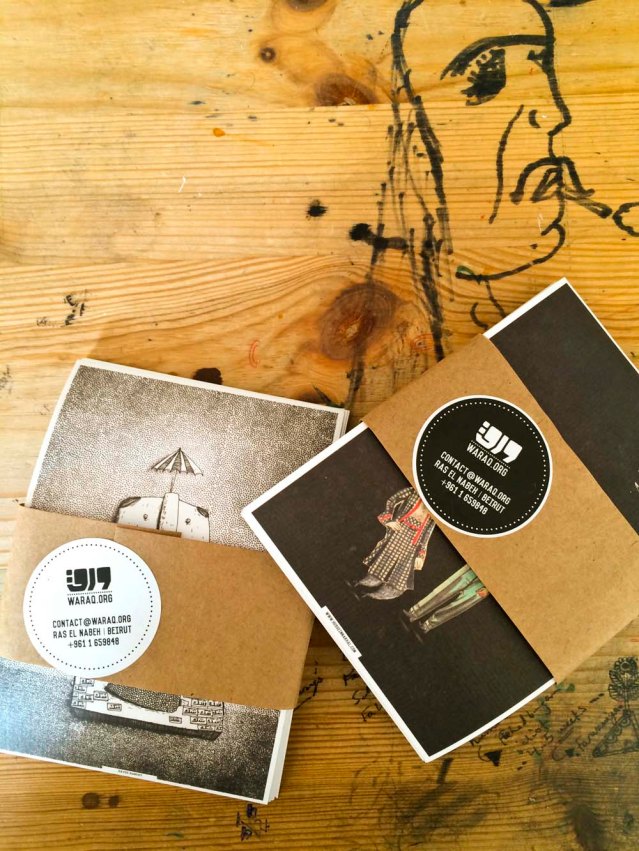 oh and before i forget, the boys gave me these postcards with their works on them. i love these so much that i had left them in tact until now

eve decides to play with four of hussein’s postcards…

…and four of david’s