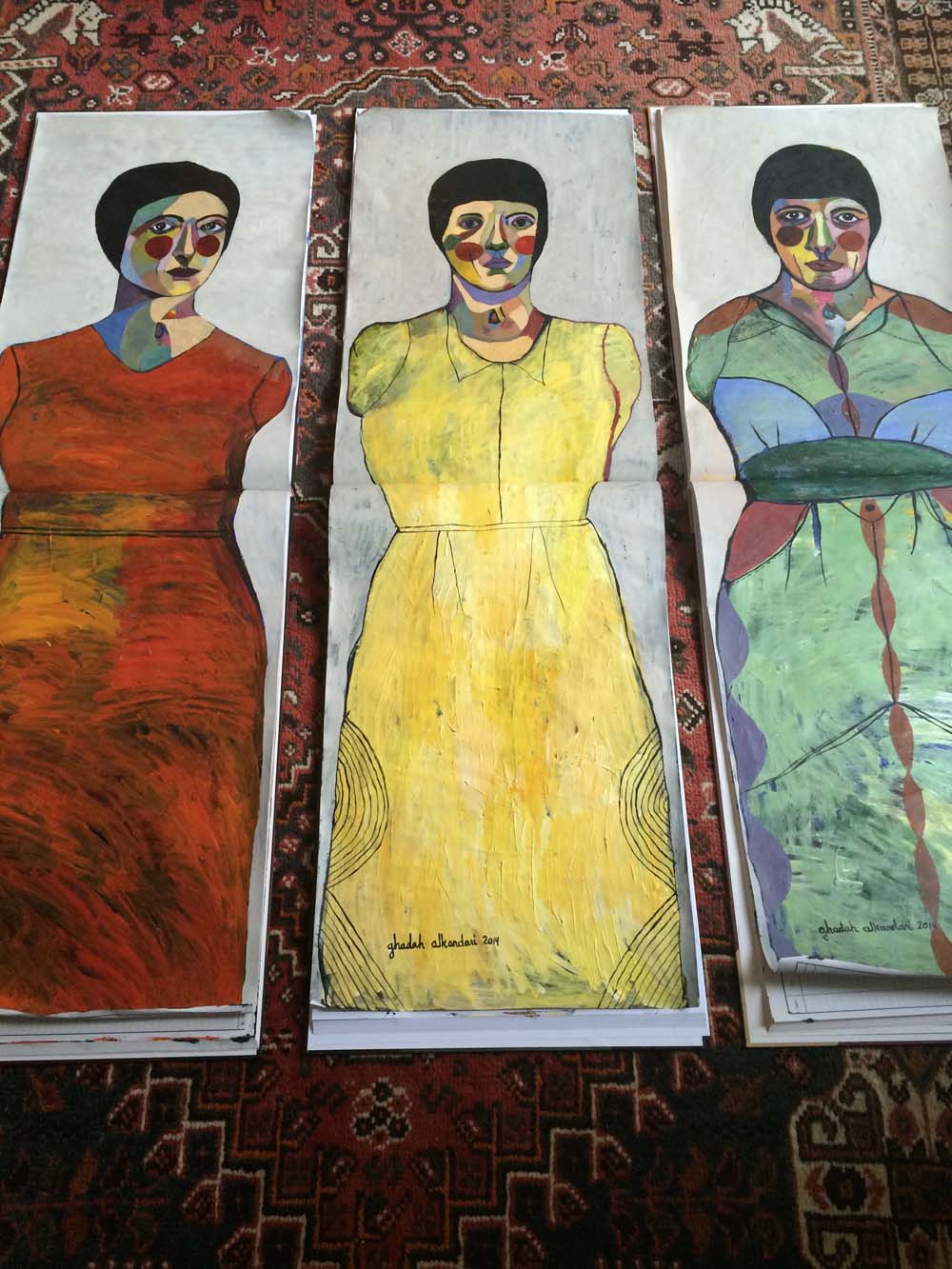 After painting my first two Centerfolds, I decided that they would seem a little out of place in my upcoming exhibition. So I scrapped work on the third (and originally fourth) painting. Yesterday my dear friend Mai visited the gallery and asked me where they were. I told her that I felt they were superfluous and irrelevant. To that she objected and said that they would actually ‘clinch’ the show. So I decided to put them back in. This morning I completed my third Centerfold thanks to Mai. And this is why it’s important to have your loved ones visit pre-show. 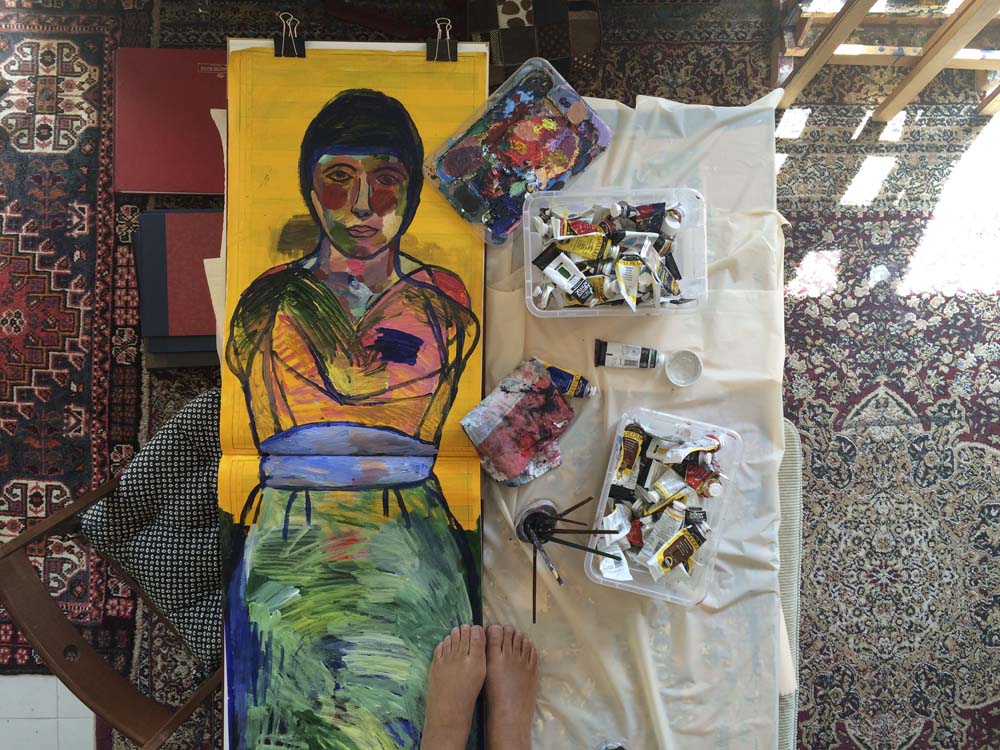 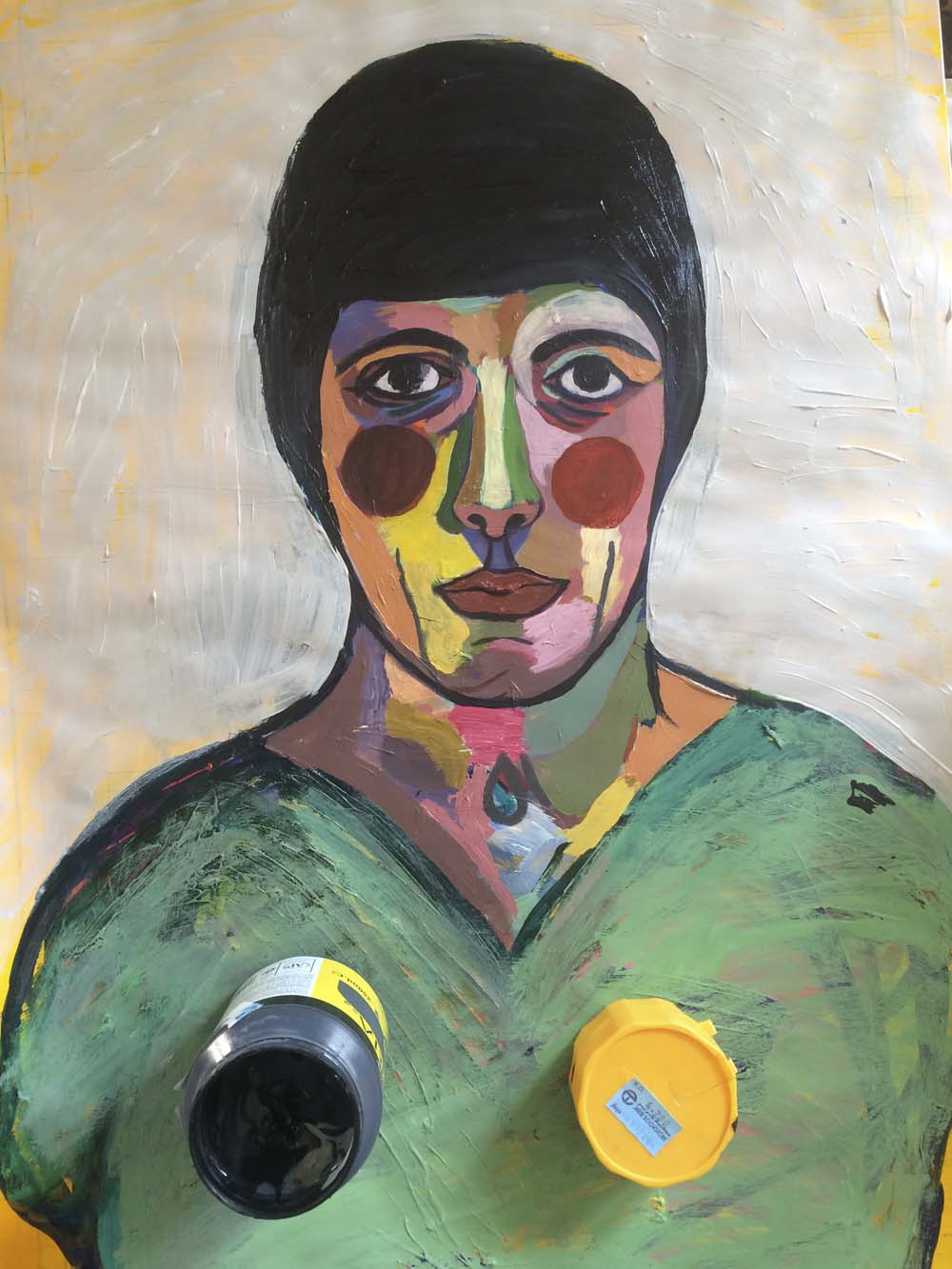 i love this one’s face. she reminds of someone i loved a lifetime ago. it’s funny how that happened. and yes i know, the paint containers look like her boobies 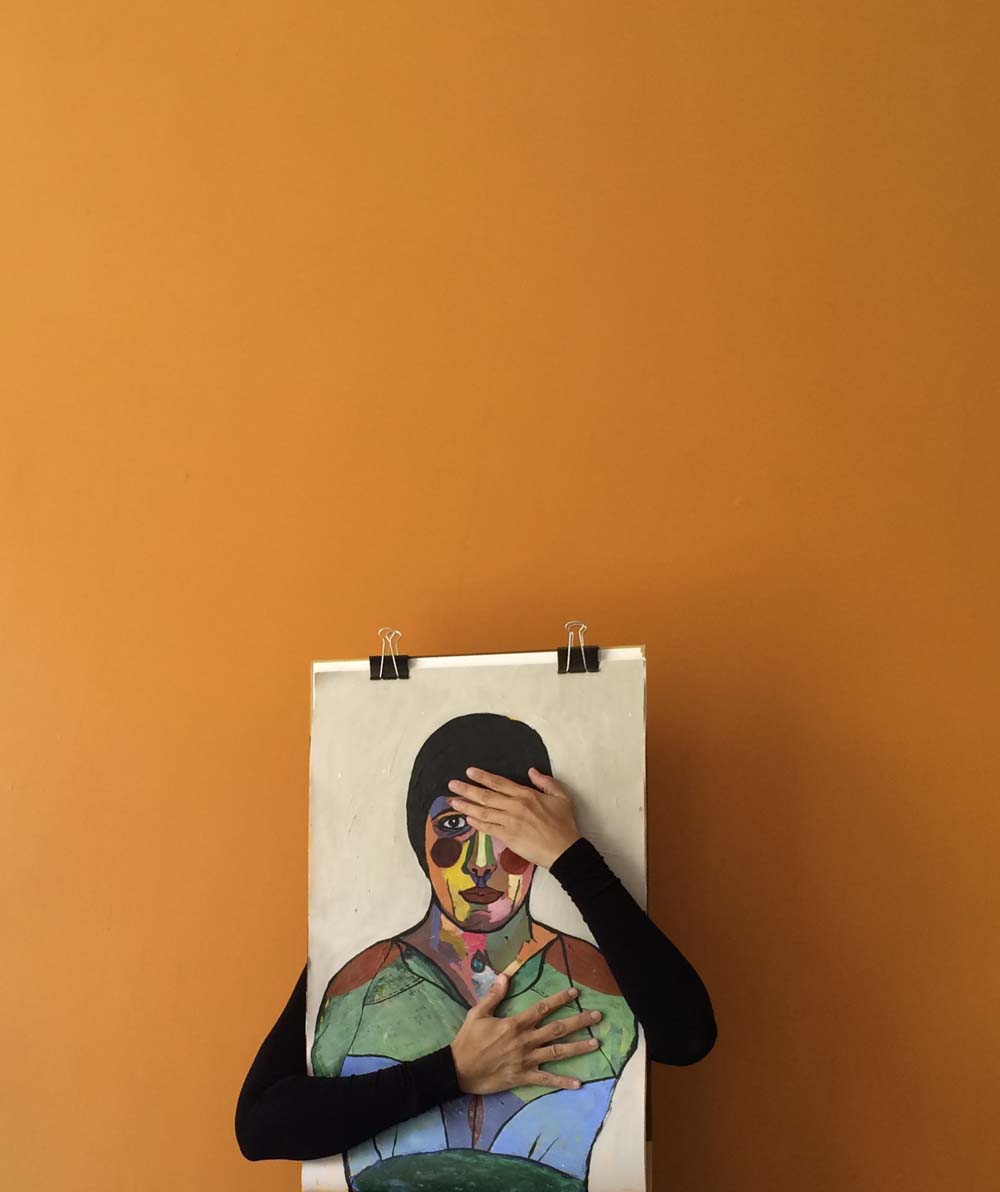 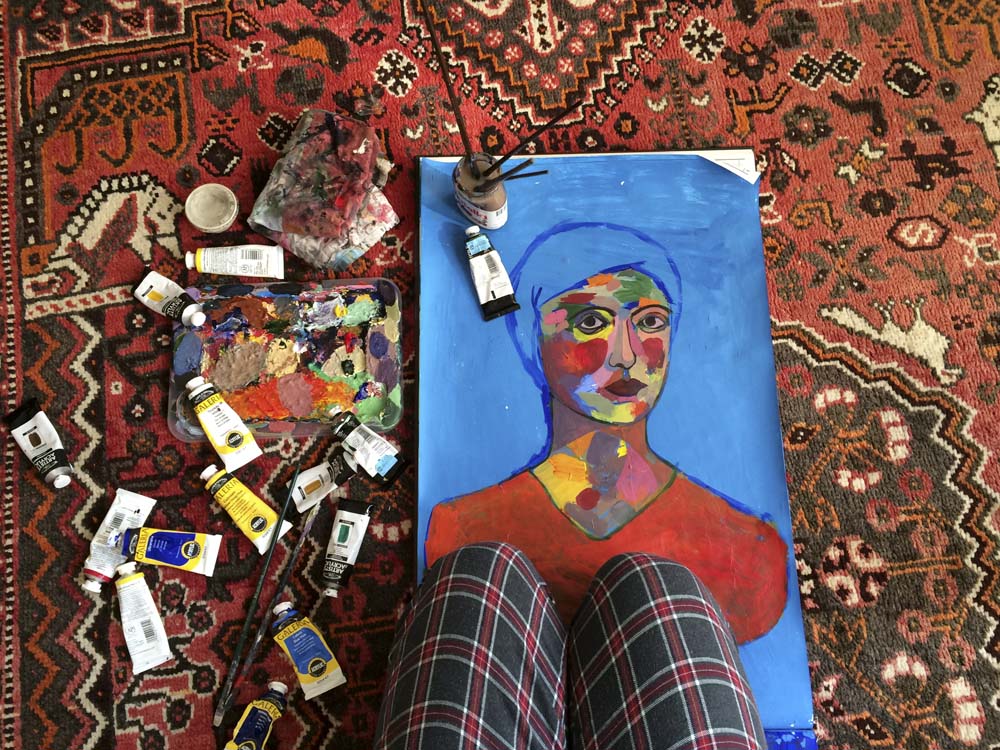 this morning i resumed work on centerfold III 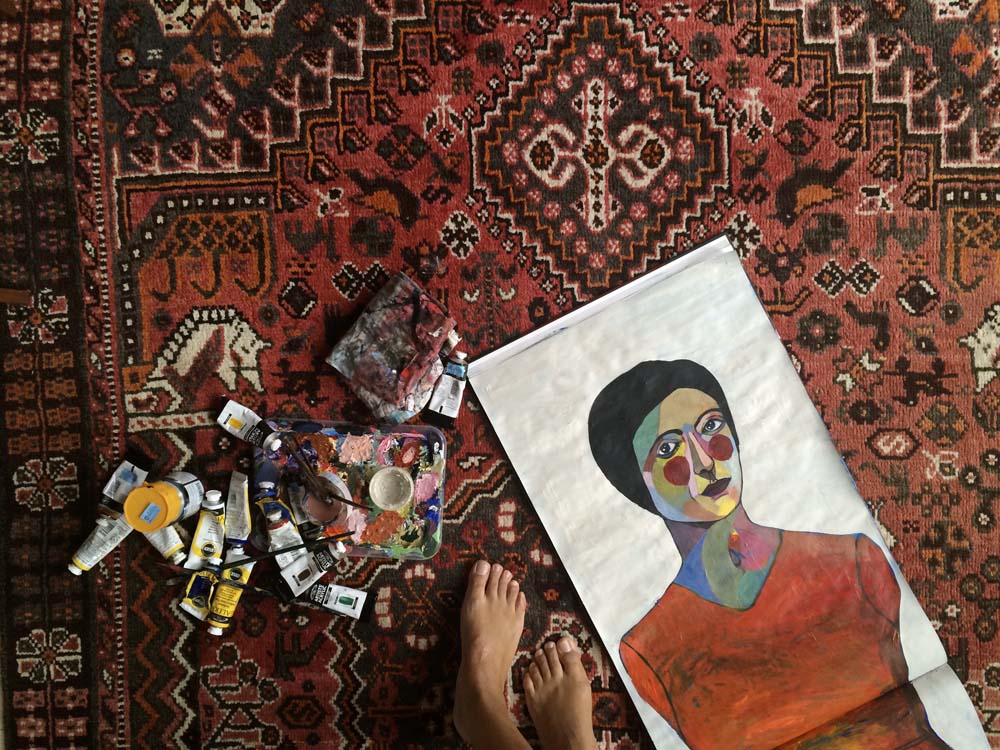 i was worried i might spill but i didn’t 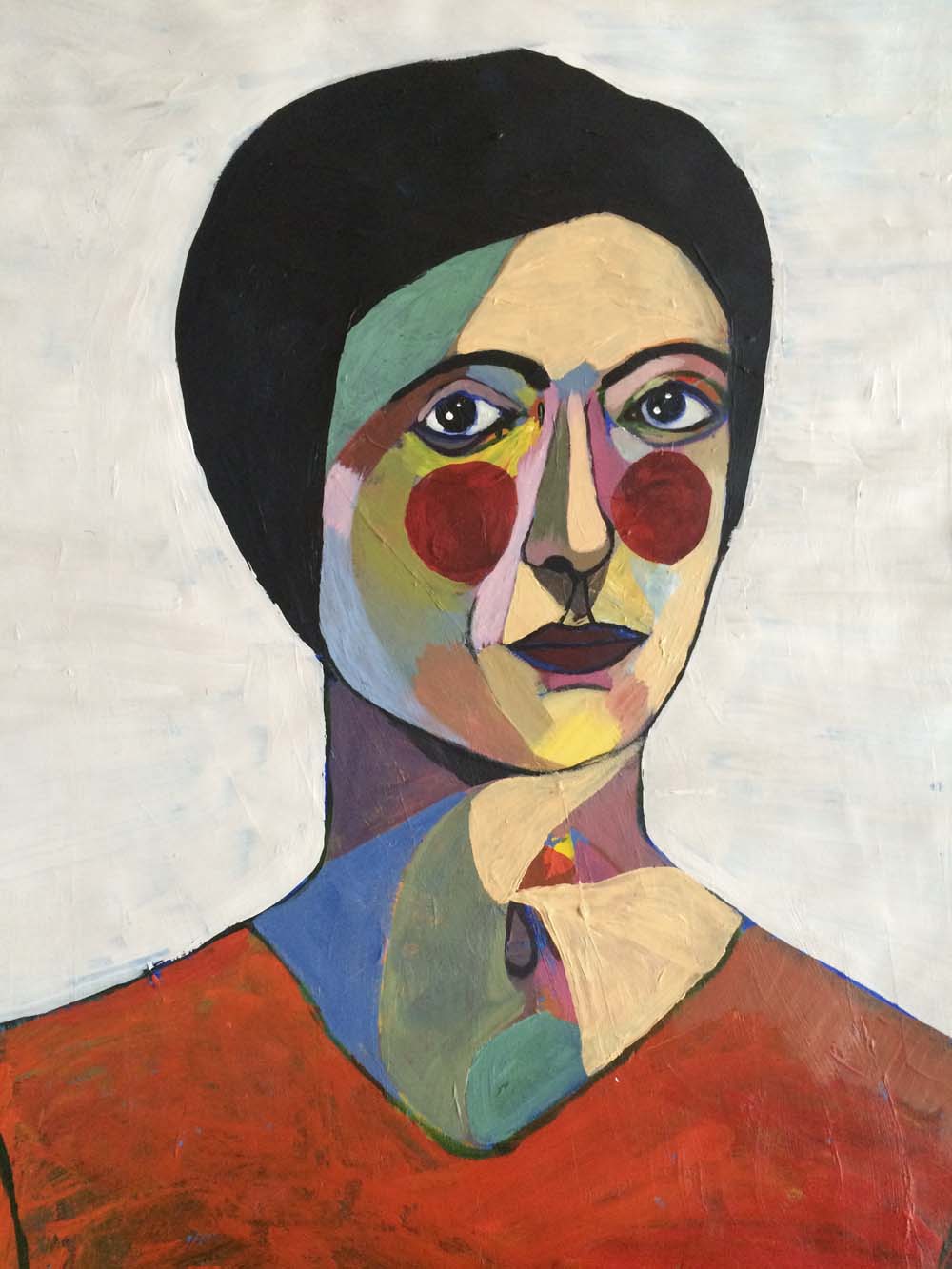 vigilant and wise. don’t you wish you were her 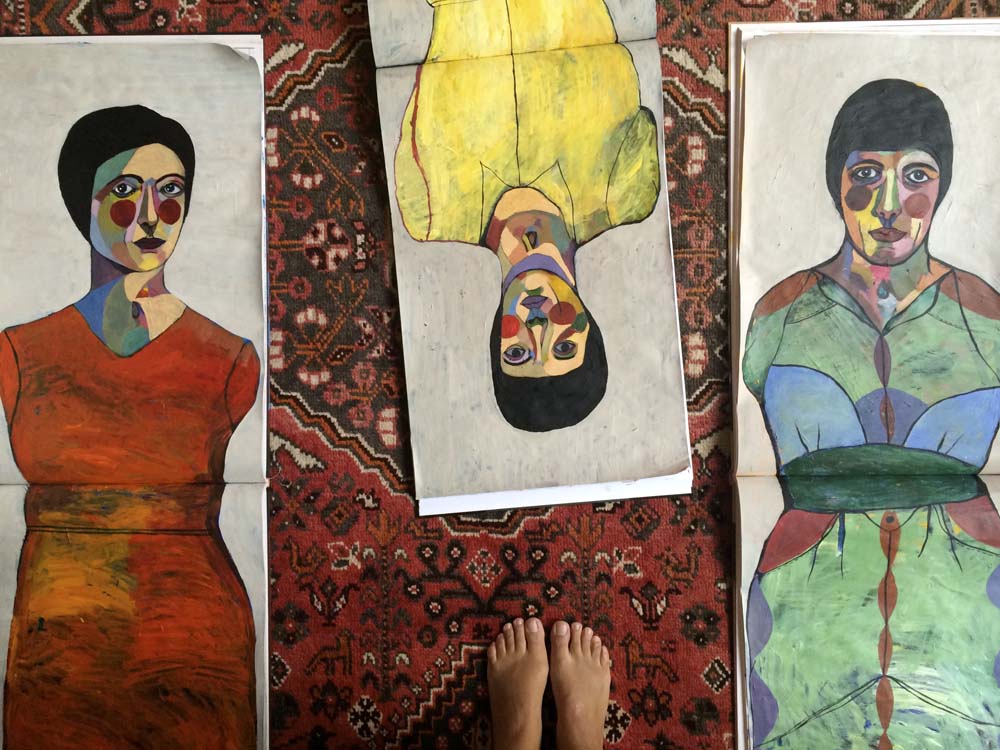 must include the footsies 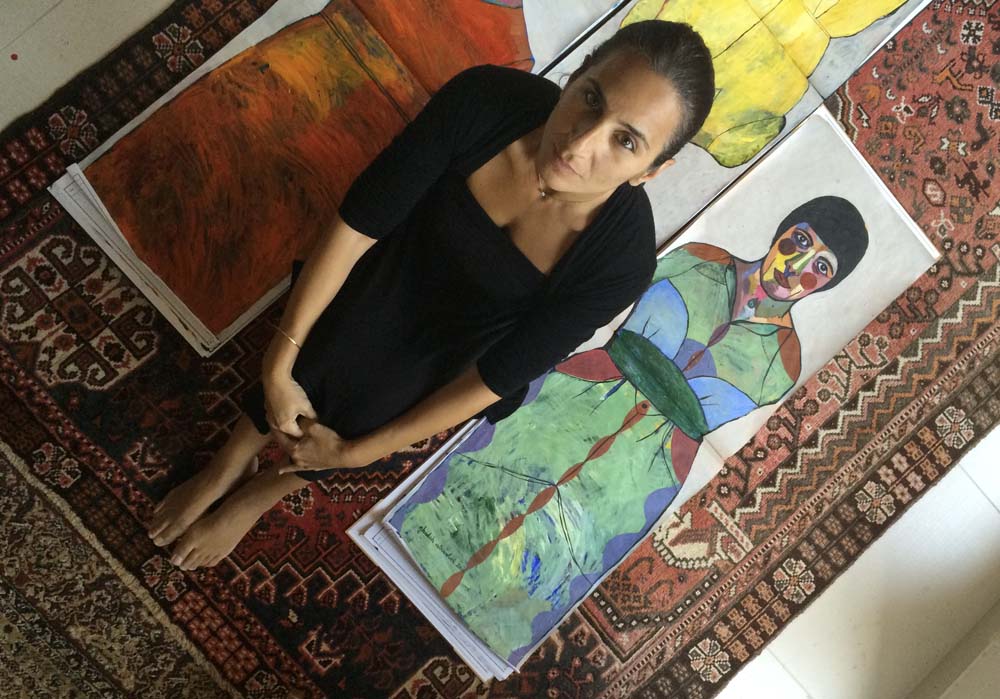 me and my favorite one. i think i like her most because she’s the underdog

← watercolor sketchbook } homely is where the heart is
tuesday night, bring your appetites →

7 Comments on “new paintings } the centerfold II and III”