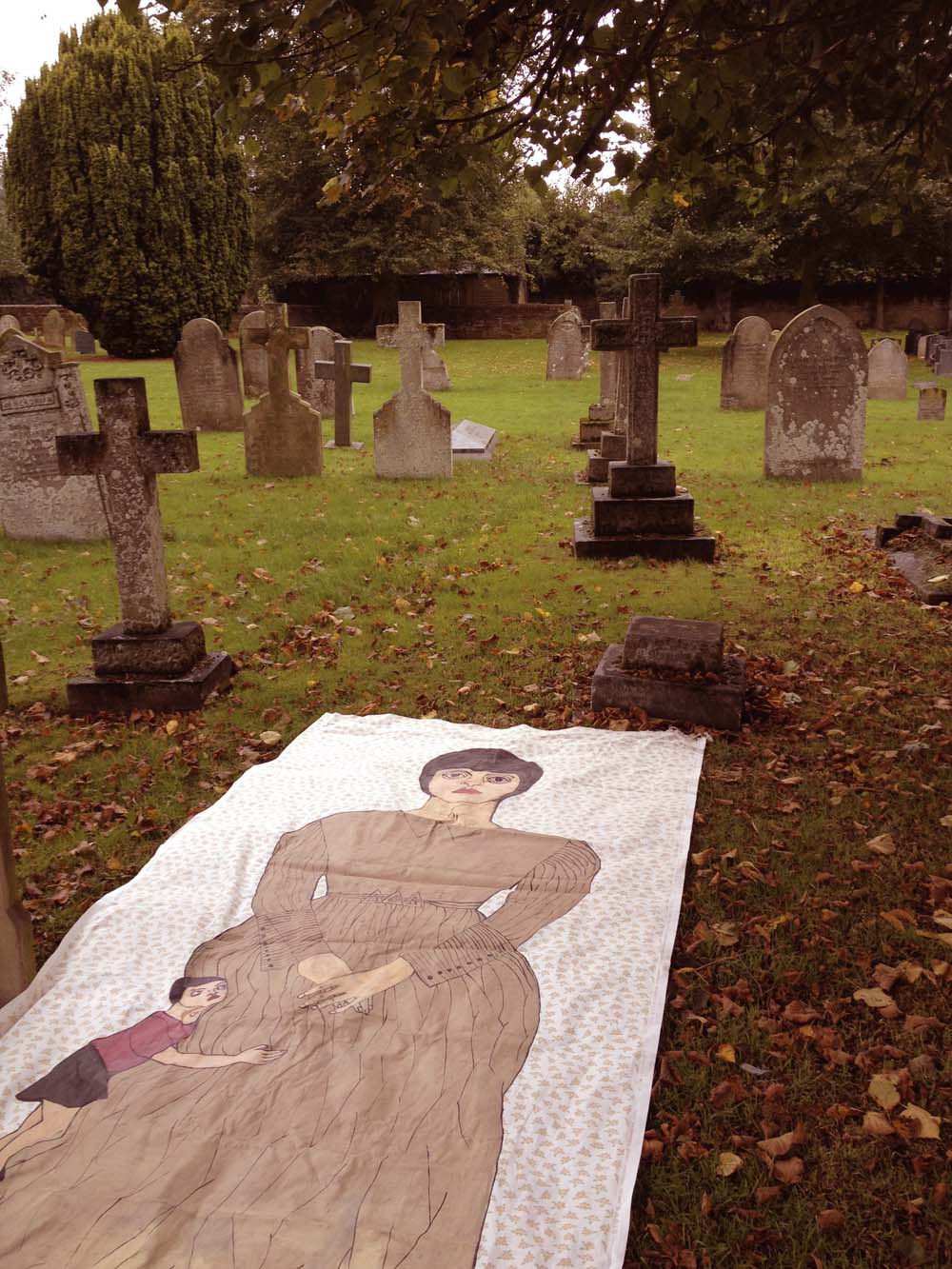 So I didn’t celebrate Christmas and I think New Year’s is over-rated, but you know what? I’m not going to sit this one out. As self-important as it is, I shamelessly present my top fourteen posts for 2013. I chose these for different reasons; some because I love the work, others because they remind me of good times, and some because of new discoveries. And a few I had to include simply because they were my most popular (and I don’t have many of those). So think of this as my way of both reminiscing and boasting. i never gave her a name but here she is trying out niall, liam, zayn, harry and louis

one. the girl who lost her head } a play in six acts. Sometimes I get ideas at the most inopportune times. And I’m glad I’m one of those people who’s OK with shirking her responsibilities for a bit of fun. the traveling tap 4 in dedham, essex

two. the traveling taps. I’m not sure when I started this project but I’ll include it here only because my tapestries have been to so many places! Unfortunately, I’ve lost track of three out of five. It makes me sad but I knew it would happen. how i get my kicks sometimes

three. my new notebook from zeri crafts. I can’t wait to finish this notebook because I want the other colors! four. art as disease. Again, I was meant to be doing one thing and ended up doing another. I suppose that’s just how my mind operates. astrid: ‘can you spot them in the crowd?’ the flower in her stomach, the one that made her cry

six. the flower in her stomach. When you do things simply because it hurts too much to not do anything. seven. blue. One of my favorite things is when my children are inspired by something I do. It sorta sucks though when their creation far outshines mine. nine. the bumblebee spree } the el adly family. I must admit I only did this with one family but what a family! Lots of fun. I do plan to do more of these only because of the human interaction they allow me! in bed with rose

ten. finally rose } day one. Because this Rose lifted me from a very dark place. eleven. finally rose } day two and the morning after. Rose Cottage merits two spots on this list. I do want to go back one day. falling up a la shel silverstein

twelve. a trip to essex } brook cottage. Because I merged two things I love: the English countryside and my favorite four people in this world. running down that hill

thirteen. a visit from a friend yields photographic fruit. I love everything about this post. The trifecta of friendship, laughter and creation. i love these portraits of my sister and me

fourteen. looking for lost keys in the desert. This shoot was not planned. If it weren’t for Yasmine leaving her keys and glasses on the hood of her car and driving away, we wouldn’t have had these photos. Thank you?