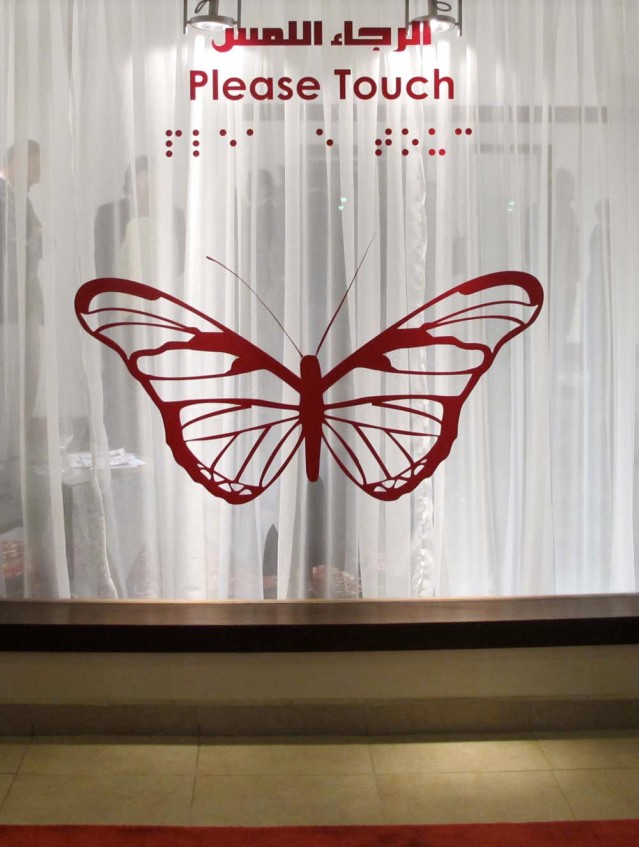 the outside. i liked this butterfly and the writing above it in

We grow up being told not to touch. Even as adults we see the unfriendly ‘Do Not Touch’ sign at museums, stores and even novelty boutiques which tantalize us to touch but order us not to. But last night, visitors to Cristina Portella’s exhibition ‘Please Touch’  at the FA Gallery were not only encouraged to feel everything (something I assure you I took full advantage of), but were blind-folded too (really, what better way to cause mischief at a well-attended cultural function than to pretend you can’t see?). I have to say, however, that the show did not live up to the hype I’d built up in my head.

I found the whole thing a little confusing. In the first hall were hanging some framed sequined works covered in glass. The curtains were drawn and had some textured items attached to them every here and there. I was already lost. 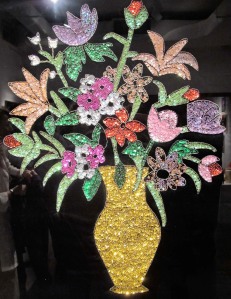 this vase, colored in with sequins and other ornaments was begging to be touched, licked and sniffed. i was confused as to whom it was created by and why it was behind glass

The second hall had various macrame pieces and hanging on the wall were some works by a little six-year-old girl called Abrar. Again, this was a little confusing but then it was explained to me that these are works done by blind children and that Abrar herself is partially blind. I discovered that the exhibition is being co-sponsored by the Kuwait Blind Association. I had a short chat with Abrar and she told me that as soon as she went home she was going to draw a picture and that it would be a secret.

Finally, in the last hall (I keep wanting to say main hall but I’m not sure how the gallery is divided in terms of traffic and flow) were the principal works by Brazilian artist Cristina Portella. I immediately ran to a pile of dry leaves on the ground. I should have just stayed there. 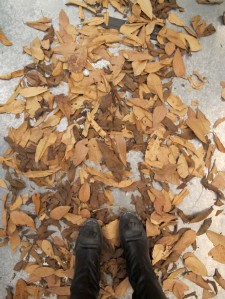 my son, yousef and i race all the time to crunch the best sidewalk leaves. he always wins

I have to say that the whole room felt like it was more suited to be an exhibit at the Scientific Center than a proper art exhibition. When i was told about this show (and this is when my over-active imagination ran haywire and led me to last night’s great disappointment), I had this over-ambitious idea of what I would see, or not see: different textures systematically representing different ‘colors’, where colors as we know them are represented by feeling or emotion. Things like that.

When I was blind-folded and started touching the works, I was doing it as someone with a preconception of not only the works but the objects the way I know them as a seeing person. I don’t think that simply contouring an object in high-relief and using various other degrees of it is a thoughtful or even sensitive way to portray how a blind person ‘sees’ art. And it didn’t help me understand how a blind person processes it. If it were as simplistic as outlining an object and filling it in with different textured material, then instead of braille, the blind would read everyday seeing-people text in high relief on paper, rather than a series of strategically-placed dots and spaces. I don’t know, the whole thing felt a little too elementary classroom science for me.

If you think I’m being a little unkind or unfair, I want to share with you what I feel is a more accurate understanding of art for people who are unable to use their eyes to see. My friend Thomas Modeen exhibited these three dimensional ‘snake skin‘ models for the vision-impaired which also serve as both practical and aesthetically tactile additions to the space around us. The problem with Portella’s approach is her well-intentioned attempt to mold works within the context of a seeing man’s world. I think any blind person would see that as purely simplistic and a tad arrogant. 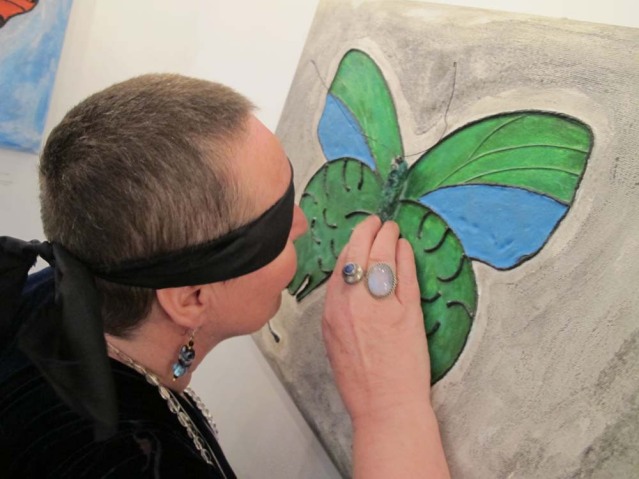 apparently you could smell the pictures as well. i wish id spent more time blind-folded 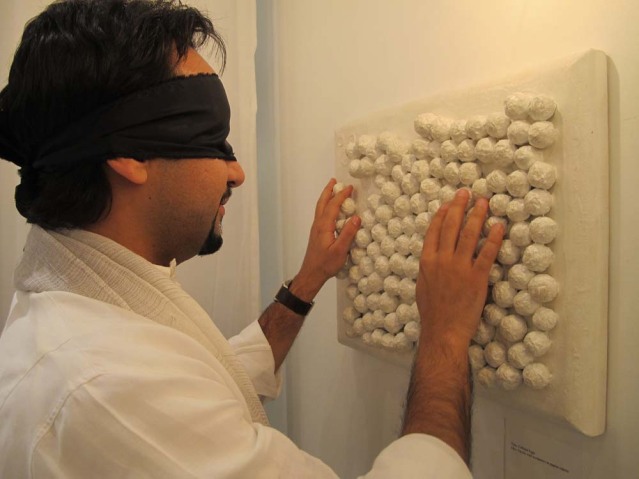 this was my favorite work there and what i felt was the closest to understanding the visual interpretation of an object to a blind person. i think hamad alsaab thinks theyre little bon bons 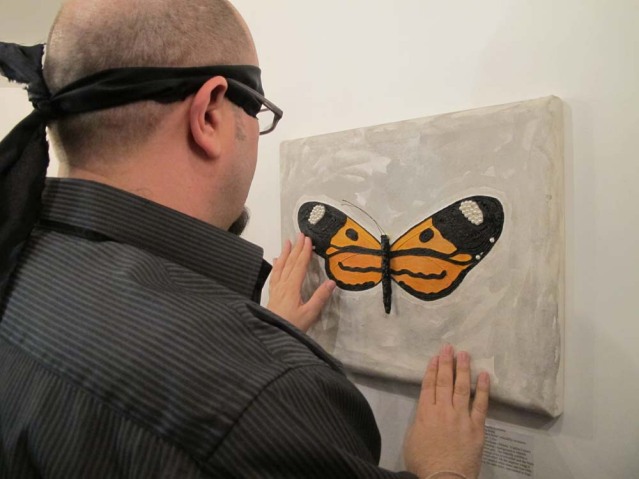 i like the glasses over the blindfold. hey, no cheating! 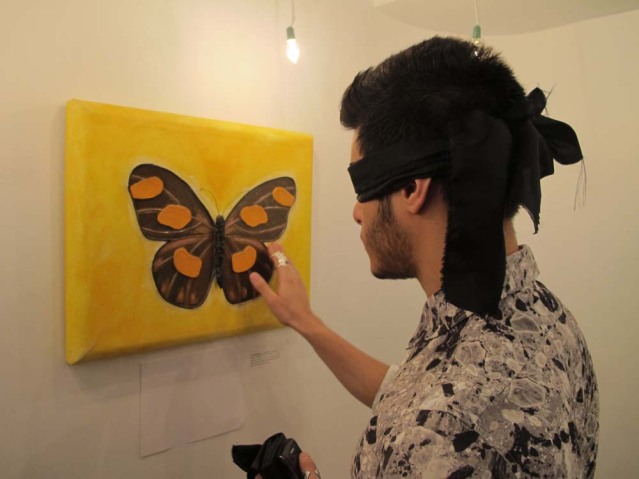 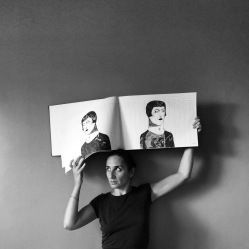