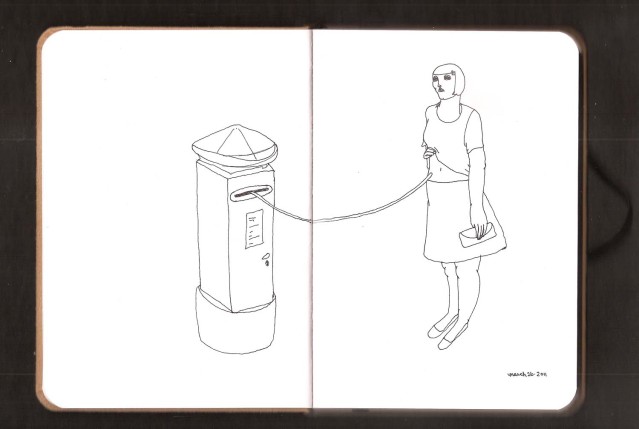 You know how I’ve been feeling really sick lately? I got a little better, then crashed back down again. Yesterday morning I woke up with a sharp pain in my right side. I was on my back the whole day watching TV wondering what the fuck was wrong with me. Then a thought came to my head that perhaps it was a hernia. By nighttime, I was convinced it was a hernia and that I needed to see the doctor first thing in the morning. Hernia meant so many things: no exercise (boo and hooray), no more getting sick like this, and hello to being pampered for the rest of my life by my children who I was planning on making feel quite guilty for all the years I spent picking up after them! This morning at the hospital, no such luck with my evil plans.

The next day, the doctor suggested that I might have appendicitis. Now, I thought ‘appendicitis’ meant ’emergency’, but no. “Get a sonar[KD40] done, you’ll need a full bladder[one dinar for two bottles of Starbuck’s water], would you like to get a blood test[KD10] too? Just to put your mind at ease?” Whatever, just tell me if I need surgery or not! So I got the blood-test, my two bottles of water and drank ferociously, silently cheering on my bladder to fill, damn it, fill! An hour later I was ready for my sonar. To cut a very long story short, my bladder never got full enough to complete the whole examination so I only got my upper abdomen scanned, and by that time the doctor’s shift was over. I protested to the nurse that all I needed to know was if I had a damn inflamed appendix or not (I didn’t use the word ‘damn’). So she said, “But the doctor requested the pelvic area to be sonar-ed and you paid for it already!” So now, because I paid for the full examination which I don’t need, I must go back tomorrow morning to ascertain whether I have appendicitis or not, even though that area was already scanned today! The last time I was sent home with a serious condition which needed to be handled at the time, I ended up in the hospital just a few hours later and gave birth to my second son. Idiots!