this is the first painting that caught my eye in the gallery, 'moroccan door'. maybe it was because i was giving fatima a big hug when i spotted it, or maybe because it just tugged at my heart. it was the first of many favorites. photos don't make fatima's work justice because it is so, so visually tactile and delicious

I had a very busy morning yesterday. It was one of those mornings you feel were worth getting out of bed and driving around town for. Good company, a big jar of assorted eye candy and a healthy dose of cultural adrenaline. After the car show, I drove to the FA Gallery to see Lebanese artist Fatima El Hajj’s exhibition, Gardens of the Spirit. I wasn’t sure she would be there, and if she were, I wasn’t sure she’d recognize me. I met her in Beirut eons ago (and in what seems like another lifetime). We had met over coffee and I remember her taking me to one of her favorite bookshops and buying me two gorgeous Mohamed Naciri books. The books inspired me and her gesture really touched my heart. Other than her colorful paintings, that is what I remember about Fatima El Hajj. As I said above, Fatima’s works are very tactile. I do wish I took closer photos of her work, but I was too busy taking the paintings in.

As a bonus, the crew of Adam & Eve magazine was there for a photo shoot. And I get so excited at photo shoots! I’m so glad they were using both the gallery (which I am more and more warming up to) and Fatima’s work as a backdrop. Good choice. 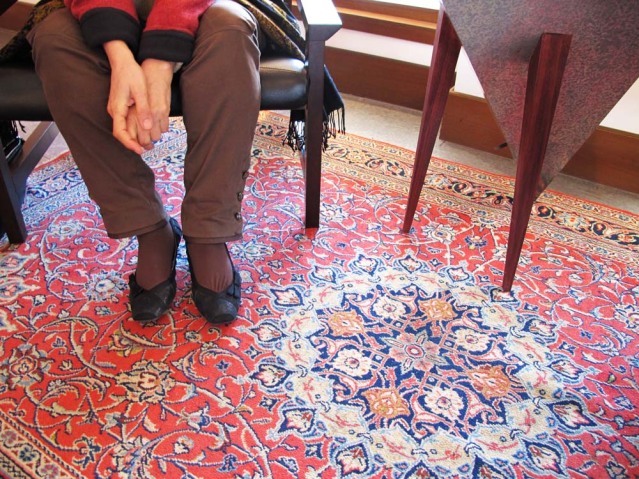 two hands and six legs. those are fatima's hands, by the way. i don't go around photographing just ANYONE'S hands and legs 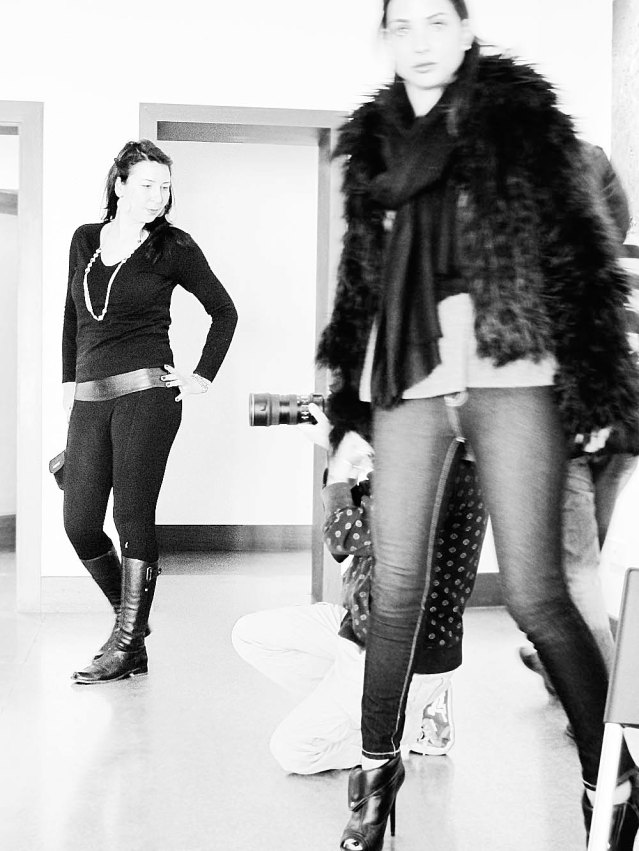 popcorn in a glass? ok! anything goes; i'm just excited to be here

← sisters
In My Studio this Morning|Two New Paintings, Two I’m Working on & One About to be Done →